BOOMBOX COMMUNITY Advertise With Us

Everything you wanted to know about Weymouth

by WhatsonWeymouth 1 year ago11 months ago
23views
0

Weymouth is a seaside town in Dorset, England, situated on a sheltered bay at the mouth of the River Wey on the English Channel coast. The town is 11 kilometres (7 mi) south of Dorchester and 8 kilometres (5 mi) north of the Isle of Portland. The town’s population is 57.720 (2018). Weymouth has a metropolitan population of 71,611  The town is the third largest settlement in Dorset after the unitary authorities of Bournemouth and Poole. 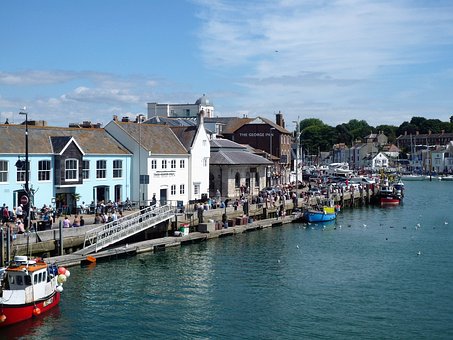 Weymouth is a tourist resort, and its economy depends on its harbour and visitor attractions; the town is a gateway situated halfway along the Jurassic Coast, a World Heritage Site on the Dorset and east Devon coast, important for its geology and landforms. Weymouth Harbour has included cross-channel ferries, and is home to pleasure boats and private yachts, and nearby Portland Harbour is home to the Weymouth and Portland National Sailing Academy, where the sailing events of the 2012 Olympic Games and Paralympic Games were held.It boasts a award winning beach that stretches all the way along to Bowleaze cove

Starts off lovely golden sands phasing towards Bowleaze cove into pebbles and shingle.There are numerous beach huts for hire and places to find snacks coffees and childrens rides with kayak and pedalo hire.
RODWELL TRAIL.
The Rodwell Trail is a short-distance footpath that runs from Wyke Regis to the town centre of Weymouth in Dorset – a distance of 3.5 kilometres. The trail, opened in 2000,it travels along the former route of the Weymouth and Portland Railway and is part of the South West Coast Path. The route follows part of the Jurassic Coast, and Sites of Special Scientific Interest. It is named after a neighbourhood of Weymouth which it passes through.
The trail is estimated to be used by thousands of people, often as a means of avoiding traffic congestion in Weymouth.Its a massive shortcut to the famous Sandsfoot castle. The trail is popular with pedestrians, cyclists and dog walkers. Maintenance of the trail is carried out by the Friends of Rodwell Trail group, who carry out litter picking etc. Back to
log in
We use cookies to ensure that we give you the best experience on our website. If you continue to use this site we will assume that you are happy with it.We're CoolNot Happy